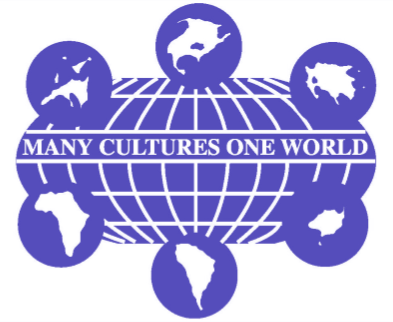 Click Here to Read the 2021 Strategic Plan Update from the Transcultural Nursing Society! 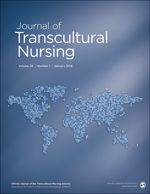 In the mid 1950’s Dr. Madeleine Leininger became a leader in establishing transcultural nursing as an area of study and practice.   In 1974-75, under the leadership of Dr. Leininger, nurses and other professionals committed to research, education and practice in this new field founded the Transcultural Nursing Society, originally at the University of Utah.  Formal programs of study began in 1966. A goal of the early founders was to have a central office. The current Central Office was dedicated on  May 8, 2001  at Madonna University, Livonia, Michigan, where we reside today.

The Central Office with an Executive Director,  Director of Operations, and part-time Secretary, under the direction of the Board of Trustees, coordinates all of the activities of the Transcultural Nursing Society.  The TCNS Central is the central hub of activity for the Society.  Ongoing activities include membership, historical records, Newsletter, coordinating partnership projects (Lippincott Advisor), coordination of annual and regional conferences, Journal of Transcultural Nursing, chapter activities, and communication with persons inside and outside the society.  In addition the web page, (www.tcns.org), a major means for communication globally, is also maintained by the Central Office.

Since its beginning, the Transcultural Nursing Society has sponsored annual conferences that cover a variety of contemporary issues and practice in the field of Transcultural Nursing.  Conferences are held in the United States or in other countries such as Finland, the Netherlands, Canada, Spain and the United Kingdom.   In addition, regional conferences are offered by chapters and other groups to meet special interests and needs of nurses.  A unique feature of conferences is that they are open to all nurses and others worldwide who wish to network and participate in discussions related to transcultural nursing  issues.

1n 1989, the Journal of Transcultural Nursing, the official publication of the Transcultural Nursing Society, was first published with substantive theoretical, research and practice dimensions of transcultural nursing phenomena.  The Journal is now published by SAGE Publications, and is translated into several languages and used by nurses and others worldwide.  Journal of Transcultural Nursing (JTCN) Editor Dr. Marty Douglas retired in 2014 after many years!   She was instrumental in bringing much recognition to the JTCN.   Dr. Norma Cuellar was hired in 2014 to succed Dr. Douglas as Editor.  Dr. Cuellar is current Editor and many accomplishments have happened under her direction.   The JTCN is now publishes six issues per year and online content goes back to 1989.

The first group of Transcultural Nursing Scholars was inducted in May 2004.  The purpose of the Scholars group is to recognize persons who have documented demonstration of exemplary leadership by advancing transcultural nursing and health care research, education, practice and/or administration within regional, national or global contexts.  The Scholars serve the  organization in a variety of ways that promote the above purposes.

In 1988, the first cadre of twenty-eight nurses were certified as Transcultural Nurses (C.T.N.).  A Certification Committee was responsible for this major activity of the  organization.  At the turn of the 21st century a Certification Task Force studied all issues related to certification and in 2006, The Board of Trustees accepted the Task Force Report that included the appointment of  a Certification Commission to develop a valid and reliable test and testing process for Certification.  In 2009 the advanced exam  (CTN-A) was piloted, it was implemented in 2010, and is currently available.  The basic exam has been piloted and was available beginning in 2012.  The Society encourages nurses to become Certified Transcultural Nurses!

We look forward to many more accomplishments in the years to come!   Together with our distinguished membership and supporters we can continue to work towards our mission, values and goals!  We hope you will consider joining our mission for culturally competent and equitable healthcare for all people!  Thank you for your support!