The Transcultural Nursing Society is honored to work with the following prestigious organizations that exemplify  leadership, dedication and cohesiveness within their respected fields. 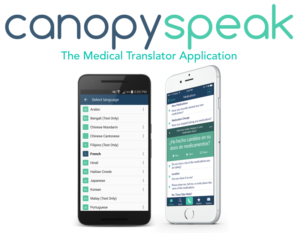 January 2017 Update — The ethnic and cultural makeup of the United States is rapidly diversifying, with the U.S. Census Bureau projecting that 35 percent of the U.S. population will consist of ethnic minorities by 2020, up from 28 percent in 2010. This growth, coupled with a sharp spike in the number of individuals entering the healthcare system under the Affordale Care Act, means nurses are encountering more patients with greater cultural disparity—requiring a higher level of cultural sensitivity.

According to the U.S. Census Bureau's 2013 American Community Survey, the nation’s 41.3 million immigrants make up 13 percent of the total population, a 1.3 percent increase from 2012. When their U.S.-borne children are factored in, the total climbs to 80 million or one-quarter of the overall U.S. population. The resulting cultural diversity creates unique challenges for healthcare providers, including language barriers and nuanced cultural, ethnic and religious differences that can present obstacles to communication and trust, according to the Transcultural Nursing Society (TCNS).

To help nurses close this diversity gap, Wolters Kluwer has released Cultural Perspectives, a new point-of-reference feature designed to help nurses and clinicians provide culturally competent care. The tool, which initially includes 15 different cultures such as Chinese, Filipino, Vietnamese and Mexican, is part of Lippincott dvisor and was developed in partnership with TCNS, the leading organization dedicated to advancing the cultural competence of nurses.

“Providing care that fits with the patient’s cultural values and beliefs helps to improve patient outcomes and overall health. Cultural Perspectives and other culture-specific resources at the point of care support the delivery of nursing care that is meaningful, beneficial and satisfying, and facilitates communication by frontline nurses caring for diverse patients and families,” said TCNS President Stephen R. Marrone, EdD, RN-BC, NEA-BC, CTN-A. “This is not meant to stereotype, but rather to provide nurses with helpful information to consider in assessment and planning of care. We fully understand that there is diversity within as well as  among
cultures.”

A total of 60 cultural entries have been created so far in collaboration with TCNS and included in the program. Each group-specific entry is evidence-based and provides general information about cultural values, religious beliefs, communication and language considerations, and family and gender roles. Also included are beliefs about illnesses, food and nutrition, and end of life concerns. The new content applies facts and provides actionable information including a concise set of actions under the heading “What You Should Do.”

In January 2014, the National Perinatal Association convened a broad group of nearly 50 thought leaders and stakeholders. We came together with the common purpose of improving the level of psychosocial support provided to NICU parents – as well as improving training and support for those who provide care in NICUs.The resulting recommendations were published in December 2015 in the Journal of Perinatology. They are appropriately titled, "Interdisciplinary Recommendations for Psychosocial Support of NICU Parents."

Canopy Speak was designed to overcome the high costs and logistical difficulties inherent in accessing current language assistance tools. Accessible on smartphones and tablets, the Canopy Speak application (Canopy) enables clinicians to interact with language-minority patients using pre-translated phrases and questions — numbering over 4,000 and curated by healthcare professionals — for common, straightforward routine communication. The phrase library is the largest corpus of pre-translated medical phrases ever developed, organized by frequently encountered procedures and medical specialties, and is available in text and audio in 15 languages. In the case of more complex or sensitive conversations, the application directly connects clinicians to the facility’s over-the-phone interpreter (OPI) line to speak with a live medical interpreter. Users can also judiciously select and order phrases into a customized playlist to access on-demand without any wait time.  Canopy Innovations hopes that the greater Transcultural Nursing Society community benefits from this tool.