(please excuse any typos that may be present)

AND NOW – HERE WE ARE- GATHERED TOGETHER FOR THE CLOSING PRESENTATION OF WHAT HAS BEEN AN EXTRAORDINARY ANNUAL CONFERENCE OF THE TRANSCULTURAL NURSING SOCIETY - OUR 45TH MEETING AND ANNIVERSARY. I WISH TO THANK LISA DOBSON AND THE COMMITTEE AND EVERYONE HERE FOR THE HONOR OF SPEAKING AT THIS TIME.  A HUMBLE ABSTRACT HAS QUITE UNEXPECTADLY TURNED INTO THIS OPPORTUNITY.

FIRST – ATTRIBUTION – THE TITLE HAS BEEN INSPIRED BY AN INTERVIEW I HEARD ON NATIONAL PUBLIC RADIO WITH BARRY LOPEZ, A NATIONAL BOOK AWARD WINNER.  HE IS THE AUTHOR OF 16 BOOKS AND HAS BEEN HONORED FOR HIS LITERARY, HUMANITARIEN, AND ENVIRONMENTAL WORK.  HE HAS LABORED TO MAKE SENSE OF OUR PRESENT SOCIOCULTURAL TIMES AND HIS WORDS OF THE CARDINAL VIRTUES – COURAGE, JUSTICE, REVERENCE, AND COMPASSION – HAVE CALLED TO MIND THE ENCOMPASSING PHILOSOPHY OF THE TRANSCULTURAL NURSING SOCIETY.

AS STATED IN THE ABSTRACT, WE WILL TAKE A BRIEF LOOK BACK, take A FEW MOMENTS TO MENTION A CHILLING OVERVIEW OF THE PRESENT – A SUMMER THAT INCLUDED, FOR EXAMPLE - ICE RAIDS; THE deplorable treatment of immigrant families, especially children; TRADE WARS; A FLUCTUATING STOCK MARKET; THE DESIRED BUT RESCINDED DEPORTATION OF THE SICK, HERE FOR MEDICAL CARE; UKRAIN; PRESIDENTIAL IMPEACHMENT; AND ON AND ON.  THE IMPACT OF ALL OF THESE EVENTS HAS BEEN IMMEASURABLE ON THE PEOPLE, FAMILIES, AND COMMUNITIES WE BOTH WORK WITH AND IN.  THEN WE WILL GLIDE OVER THE HORIZON AND TALK OF HOW WE MAY NOW translate transcultural nursing theory, research, and education into practice.   We can VISUALIZE our professional – personal and collective – responsibilities and roles in PREPARING OURSELVES AND NEW NURSES IN THIS SPECIALTY AND HOW WE CAN COLLECTIVELY intervene in the provocative situations we are confronting.

The vision and wisdom of our foundress, Dr. Madeline Leininger, has brought forth a growing, dynamic, and prospering ORGANIZATION.  Her Nursing Model, “The Sunrise Model” has inspired COUNTLESS nurses in their pursuit of transcultural nursing theory and research.  This model connects the concepts of the theory with actual clinical practices, while offering a systematic approach to identifying values, beliefs, behaviors, and community customs

There are now several models in education and research.  To name a FEW:

WE have accomplished much over these 45 years - in   GROWING Membership and conferences – WITH COUNTLESS INTERNATIONAL MEMBERS, the Journal of TCN, Certification, Chapters, the Core Curriculum, TCNS Partners, Foundation, and THE 1997 POSITION STATEMENT ON HUMAN RIGHTS.

We have JOURNEYED far and wide – in the United States and GLOBALLY –FOR example: HAWAII, LOUISIANA. MASSACHUSETTS, NEVADA, NEW JERSEY, NEW MEXICO, NEW YORK, TEXAS, UTAH and International – FINLAND, THE NETHERLANDS, SPAIN – If you attended at least 5 of these increasingly dynamic and exciting meetings STAND UP AND cheer

But….  There are still questions that are often asked:

Let’s begin with a compelling case study and work from there. Have we learned from the mistakes of the past as they project into the present? 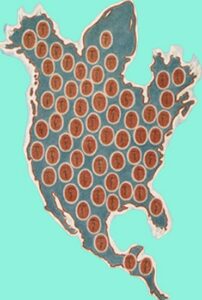 YOU MAY HAVE HEARD THE UNITED STATES REFERRED TO AS TURTLE ISLAND. IT IS THE SETTING FOR THE STORY I WILL SHARE.  What better way to prepare competent transcultural nurses and to meet selected objectives of this conference, than to expose the enduring effects of the trauma that was inflicted on Native American children over the past decades?

DAWNLAND is a documentary THAT won the Emmy® award for Outstanding Research at the 40 th annual News and Documentary CEREMONY FOR 2019.  IT IS about stolen children and cultural survival.  THE PRODUCER, ADAM MAZO, DESCRIBED IT AS “ a story for the Wabanaki people - the people of the dawn land.  DAWNLAND IS THE FAR EASTERN CORNER OF MAINE WHERE DAWN COMES FIRST TO THE UNITED STATES.  IT presents testimony from Wabanaki people who WEre separated from their families, nations, tribes, and communities by Euro-American settlers. The greatest recognition belongs to the Wabanaki people who have lived this experience and showed immense courage in telling their stories.”  YES, IT reveals the untold story of “indigenous child removal” (think of the CHILDREN ON our southern border today) in which the stakes of this family and community separation policy are a major threat to the people’s cultural survival over time.  Indeed, the practice of removing children to assimilate them into the dominate culture is an ancient and now contemporary problem, and one that must be addressed not only by the general public but specifically by transcultural nurses. The documentary describes the first truth and reconciliation commission for Native Americans in the United States. The people featured in the documentary are adults who as young children had the shattering experience of being taken from their families and communities and placed either in boarding schools, foster families, or adopted by non-tribal families. The people vividly describe the personal, familial, and community consequences of this pernicious practice.  The Indian Child Welfare Act (ICWA) was enacted in 1978 in response to a crisis affecting American Indian and Alaska Native children, families, and tribes.  It was created to prevent the removal of Indian children by social workers, who would relocate them in missionary schools or with white foster or adoptive families. In the fall of 2018 a federal judge ruled that the law, was unconstitutional — in part because it was based on race. This lower-court ruling has upset the 573 federally recognized tribes, who fear a reopening of the wound that the 1978 act was created to heal.  THIS CASE MAY WELL GO TO THE SUPREME COURT.

I USE THIS SITUATION TO ILLUSTRATE JUST HOW DESPERATELY CULTURAL COMPETENCE IS NEEDED AND ASK What can we, as Transcultural Nurses do to protect the integrity of those who have been victims and those at risk for becoming victims of child removal AND A PLETHORA OF OTHER ETHNOCULTURAL INSULTS? I PRACTICED IN THE MICMAC (Wabanaki) COMMUNITY IN BOSTON – MY COUSIN’S WIFE IS ONE OF THE CHILDREN WHO WAS ADOPTED OUT – HER MOTHER WAS TOLD THAT SHE DIED AT BIRTH. SHE HAS SUFFERED ALL HER LIFE FIRST IN NOT KNOWING WHO SHE IS AND THEN IN TRYING TO RECONCILE HER BIRTH IDENTITY WITH HOW SHE WAS RAISED.

What can we, as Transcultural Nurses do to protect the integrity of those who have been victims and those at risk for becoming victims of child removal AND CULTURAL SUPRESSION?  I BELIEVE THAT IN MOVING THEORY AND RESEARCH TO PRACTICE WE MUST DEVELOP THE PASSION TO MOVE BEYOND THE HORIZON and to grow strategies to move FORWARD.   AND NOW - LET’S BEGIN ON THE BEACH, TOUCH THE HORIZON, AND GLIDE BEYOND THE HORIZON TO VIEW WHAT MAY BE THERE. 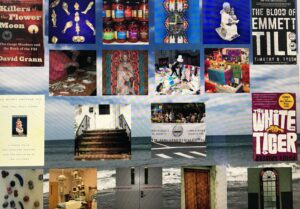 Here ARE some suggested answers AS WE GO FROM THE BEACH to BEYOND the horizon in the worlds of nursing education and practice and in society.

The Socialization into nursing is strong in the scientific, PATHOPHYSIOLOGy, clinical AREAS AND modern approaches to health and illness.  The teaching of content relating to cultural competency is subtle and often antithetical to the modern scientific models – OFTEN LOST WHEN “WOVEN IN.”  YET, IN THE RELEVANT CONTExT FOR CULTURAL COMPETENCE THERE IS a holistic experience that involves physical, mental, and spiritual QUALITIES.  It is an opportunity to involve ourselves and our students in THE use of aLL senses – seeing, hearing, touching, smelling, and tasting.  The images on this horizon go from the concrete and specific elements of modern teaching, learning, research, and cliNICAL PRACTICE TO THE SUGGESTED CONTENT  - THEORY AND PRACTICE – IN TRANSCULTURAL NURSING.

CEREMAC “Bacteria” DECORATE A WALL IN THE CENTER FOR DISEASE CONTROL and THEY represent all the various causative agents for illness.

The closed doors that represents the body of knowledge, THE CULTURE that we, NURSES, PHYSICIANS AND OTHERS, have developed and separate us from lay people.

The closed door REPRESENTS THE BLOCK IN OUR “PROFESSIONAL, MODERN” WORLD OF SCIENCE AND TECHNOLOGY and a translucent door THAT REPRESENTS AN OPENING to other health and illness beliefs and practices AND SOCIOCULTURAL SITUATIONS.

No book has as SIGNIFICANTLY described the modern/traditional HEALTH BELIEFS AND PRACTICES ARGUMENT AND DISPARITY as Ann Fadiman’s THE SPIRIT CATCHES YOU AND YOU FALL DOWN.

This book BEGINS as a benign story, AND DELVES INTO THE consequences of suppression AND CULTURAL IMPERIALISM THAT boil over INTO A malignant OUTCOME.

HOW DO WE BEGIN TO MAKE CHANGE?  THE MIDDLE 2 IMAGES EXEMPLIFY THE ENTRANCE TO THE HORIZON

NOW, LET’S GO BEYOND THE HORIZON. WORKING across THE TOP, LEFT TO RIGHT –-

the Small objects– Milagros – REPRESENT AMULETS that are used by people of HISPANIC heritage to prevent And/or heal many maladies – THEY MAY BE WORN, carried in a pocket, or hung in homes or churches.

THE Sauces are from an Indian grocery store AND REPRESENT THE INFINITE NUMBERS OF ETHNIC FOODS FROM DIFFERENT HERITAGES – encourage students to taste foods from different ethnic groups and visit ethnocultural grocery stores and markets.

NATIVE AMERICAN Beading REPRESENTS THE ART FROM ALL CULTURES – THIS IS an art that requires deep concentration and skill. NOTE THE CIRCLE with THE CROSS - IN THE CENTER - indicating THE 4 DIRECTIONS – NORTH, SOUTH, EAST AND WEST.

The elder family member telling stories to the child REPRESENTS THE PASSING ON OF CULTURAL BELIEFS AND PRACTICES FROM GENERATION TO GENERATION.

THE SECOND ROW FROM THE TOP -

This image – a Chinese pharmacist filling a prescription – represents the plethora of HERBAL TRADITIONAL remedies from all over the world.

THIS IMAGE REPRESENTS THE ROLE RELIGION PLAYS IN HEALTH BELIEFS AND PRACTICES - from divine beliefs – to Saints – to rituals – to dogma and so forth.  This is Saint Perigrene – the patron saint of people with cancer. HIS KNEE MAY BE RUBBED FOR HEALING.

Shrines AND ALTARS – religious or secular play a dynamic role in the healing of people – ENCOURAGE STUDENTS TO BUILD A SMALL ALTAR IN THEIR SPACE.  This altar was built at the site of the marathon bombing in Boston in 2013.

Day of the Dead Shrine – encourages students to learn about the end of life – theirs, AND OTHERS and the customs and rituals that vary from sociocultural heritage to heritage.

THESE LAST 2 BOOKS REPRESENT THE NEED FOR US TO

“Hear the voices” - The reading list contains books by people from various ethnocutlural heritages and is a way for students to hear voices.

WHERE DO WE ALL GO FROM HERE?

GREATER INVOLVEMENT IN COMMUNITY AND SOCIETY -

Fadiman, A. 1997. The Spirit Catches You and You Fall Down. NY: Farrar, Straus, and Giroux.

………And countless other novels/historical novels in this genre.

Traditional Medicine Without Borders: Curanderismo in the Southwest and New Mexico.  http://curanderismo.unm.edu/index.html or call (505) 277-4296.  This 2 week summer immersion course is available as a non-credit or credit graduate course in Traditional Healing.

Trautmann, R.H. (2019) Filling the Silence. American Indian. winter.  pp. 26-31.  This is the publication of the American Indian Museum of the Smithsonian Institution.

Upstander Project.  2018.  DAWNLAND.   http://dawnland.org   Go here to find clip, the entire documentary, and other information    A Teacher’s Guide is available.