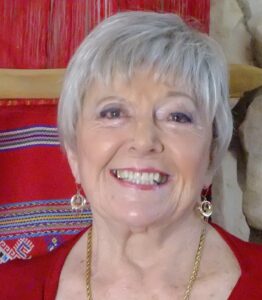 Qualitative researcher. I was appointed to the Advisory Board of the Fogarty International Center. 1987-2002_ Qualitative reviewer for NINR, NIA, NIDA.NIAA, NSF grants of various nature, I’ve had four funded NIH grants 3 as PI and one as CoI. My expertise in international health is noted as I served as a short term and long-term consultant for WHO that included countries in Asia, Africa. South America, Central America, Europe. I was the Acting Regional Advisor for Nursing in the Western Pacific WHO Region that included 32 countries, I was a Visiting Professor in Melbourne and Brisbane doe one year 1982-3
I was on the Founding Board of Transcultural Nursing and on the Founding Board for the Council of Anthropology and Nursing, served as President, Secretary etc many times I received the lst Leininger Award in 1983, Member of the Academy of Nursing since 1982; Governing Board 1992-1995. Conference Chair 1994 :”Violence: Nursing Debates the Issues.

Glittenberg.J.(1994) To the Mountain and Back (an anthropology classic) Waveland Press. Prospect Heights.

At the wonderful age of 88 I do look forward and to the past. There are so many miracle people I’ve met along the way. We’ve come a long way and made some mighty positive changes to health care. Dearest Founder and Friend Madeleine would be so proud. I have 10 grandkids and 2 greats! I’ve published a neol that has received a natiaon award for being the best historical fiction of 2018 The Promise Seed (Amazon)All my best wishes, Jody Glittenberg